While originally ketogenic diets were used to treat epilepsy, modern day researchers and doctors are finding the benefits of this diet that help reduce inflammation, improve brain function, lose weight (especially if connect to blood sugar imbalances), and help with chronic autoimmune disorders.

Some functional medicine practitioners say that a low carb, high fat, moderate protein whole foods diet is a key to reversing disease. Dr. Terry Wahls notes that the use of ketogenic diet helps in “treatment for neurological and psychiatric disorders including brain cancer, ALS, Parkinson’s, MS, dementia, bipolar, depression and schizophrenia.” In addition, various other types of cancer as well as diabetes and obesity can be helped with these low carb high fat (LCHF) diets. Terry Wahls is not saying this just based on scientific papers, she is someone who used this type of diet to recover from progressive MS. She has such an inspiring story that I had to invite her to share it with you!

In the interview you will learn:

About Dr Terry Wahls: Dr Wahls is a clinical professor of medicine at the University of Iowa Carver College of Medicine in Iowa City, Iowa, U.S.A., where she teaches internal medicine residents in their primary care clinics. She also does clinical research and havs published over 60 peer-reviewed scientific abstracts, posters, and papers. In addition to being a doctor, she is also a patient with a chronic, progressive disease. She was diagnosed with relapsing remitting multiple sclerosis in 2000, around the time she began working at the university. By 2003 she had transitioned to secondary progressive multiple sclerosis. She underwent chemotherapy in an attempt to slow the disease and began using a tilt-recline wheelchair because of weakness in her back muscles. It was clear: eventually she would become bedridden by her disease. She wanted to forestall that fate as long as possible. Because of her academic medical training, she knew that research in animal models of disease is often 20 or 30 years ahead of clinical practice. Hoping to find something to arrest her descent into becoming bedridden, she used PubMed.gov to search scientific articles about the latest multiple sclerosis research. Night after night, she relearned biochemistry, cellular physiology, and neuroimmunology to understand the articles. Unfortunately, most of the studies were testing drugs that were years away from FDA approval. Then it occurred to her to search for vitamins and supplements that helped any kind of progressive brain disorder. Slowly she created a list of nutrients important to brain health and began taking them as supplements. The steepness of her decline slowed, for which she was grateful, but she still was declining.

In the summer of 2007, she discovered Functional Medicine, an organization devoted to helping clinicians use the latest scientific discoveries to take better care of those with complex chronic diseases. As a result she developed a longer list of vitamins and supplements that were good for her brain. Then she had an important epiphany. What if she redesigned her diet so that she was getting those important brain nutrients not from supplements but from the foods she ate? She used what she had learned from the medical literature, Functional Medicine, and her knowledge of the Hunter-Gatherer diet—the most nutritious of any diet—to create a new food plan. In December 2007, she began the Wahls Protocol™. The results stunned her physician, her family, and even her: within a year, she was able to walk through the hospital without a cane and even complete an 18-mile bicycle tour.

If you want to hear more from Dr Terry, check out her Ted Talk that got almost 2,000,000 views

To learn more about Dr Terry Wahls and her protocol, check out her website 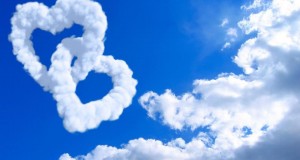 3 Science-Proven Tricks To Bring Back Childhood Zest For Life 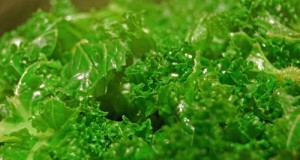 What You Don't Know About Kale, But Should!
Grab your Free Happy Belly jumpstart kit!
2 Video Classes and Ebook: Ayurveda tips to eliminate bloating, get regular & feel light