I always try to pay attention to my body’s cues when it comes to nutrition. My body is given authority over outside experts. If something feels right, I’ll keep it. If it feels draining, heavy, or drying, it’s going no matter what someone else is saying.

Recently, I paid special attention to my energy level and what helps to keep the energy up.

As a green tea fanatic I used to start my day with a big bowl of green tea. Sometimes I added ginger to it. But some amount of caffeine was always present. I loved the boost it gave me. In the winter I had tea with 1/2 tsp of honey and it sent me to a hyper active universe where I could exercise or write like a maniac for a few hours.

Morning caffeine also felt somewhat cleansing. A few minutes after having a cup of tea, I always had a calling to go to the bathroom. And who doesn’t like to start the day feeling clean and light?!

While on a recent trip to Russia, my morning routine was a bit different. Some mornings I didn’t have time to make a cup of tea and sip it before yoga. Instead I had some room temperature water, sometimes with lime, and got right on the mat.

The was no surge of energy after water but instead there was peace and quiet in my mind. There was no desire to get to work and accomplish a million things, instead there was clarity on priorities, there was no urge to go to the bathroom but yoga practice made my body come to that naturally without the irritation that caffeine creates.

The best thing is that there was no change in energy in a few hours.

On some days I had my green tea with breakfast (not on the empty stomach). It still gave me a gentle boost of pleasant energy but it didn’t feel obligatory. On other days I forgot about green tea and had mint tea instead which had almost the same effect.

Once I got back home and back to my morning tea first thing in the morning. The difference was impossible not to notice. Morning caffeine wired my entire nervous system, it felt burning, stimulating, and draining. The boost was not caused by an addition of energy but by stimulation and aggravation of my body.

After my experiment with tea, I had a feeling that the timing of caffeine determines the reaction of our body to it in a significant way. To make sure that my intuition was correct, I asked Claudia Welch whether drinking coffee on an empty stomach is different than drinking it after food. Claudia confirmed my guess and supported it with some ayurvedic wisdom. An empty stomach that is light and clean will be affected by caffeine a lot more than a full grounded and nourished belly. It has to do with gunas or qualities of substances that ayurveda attributes to each food or drink.

Considering that US is the nation of morning coffee drinkers there is no wonder why adrenal fatigue syndrome is turning epidemic. Coffee stimulates adrenals, it affects hormones, it creates an illusion of energy and then you… COLLAPSE!

I m not telling you to give up coffee altogether, I am offering you to experiment:

For a week, have water first thing in the morning and wait to have coffee or tea after breakfast or after lunch.

If you drink coffee to go to the bathroom. Please consider that every time you drink coffee on an empty stomach it irritates the mucus lining of the intestines. It is not a healthy way to stimulate elimination. If you are interested in improving elimination without caffeine, read about Food Combining and digestion stimulating spices.

While it might be best to avoid stimulants altogether, as with all change, it is less stressful when it’s gradual. For those willing to try giving up caffeine, there are a few great herbal and ayurvedic alternatives. Brahmi tea is the best coffee substitute for vata, calming anxiety, panic disorder and insomnia. A good morning coffee substitute for pitta is “coriander coffee”. Coriander seeds are roasted, ground and made into a beverage. Ginger tea, made from organic ginger root powder is the best morning beverage alternative for kapha, providing a natural stimulation to the system.

Tulsi tea is another great adaptogenic herb that can be used as a tea base for most people.

To restore regular elimination, Triphala, priobiotics, and healthy fiber with plenty of water will help. Drinking a glass of warm water with lime or lemon in the morning can help stimulate peristalsis.

Here is a great story from an man who quit caffeine and went from drinking 8-14 Diet Mountain Dews a day to none!

So are you up for an experiment? 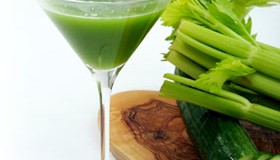 What Cleanse is Best for your Body-Mind Type? 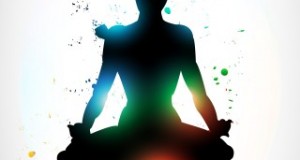