There is a lot of controversy around the effect of legumes on our digestive system and health in general. Some people and traditions recommend making it the core of your diet while lots of paleo folks and functional medicine practitioner advise to shun away from them. I personally, still keep lentils in my diet 2-3 times per week. But since each body is different and each digestive system is different, I want to help you make the right decision for your body.

Let’s look at both pro and cons of eating legumes. 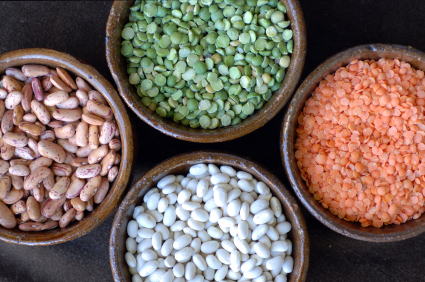 Beans are beloved by many for their frugality and protein content. They can be delicious and filling, but they can also cause some (ahem) serious issues.
The obvious of these is gas, but bloating, cramping, and indigestion can also occur after eating beans.

Some of the reasons why legumes got a bad rap:

Most people equate all beans and lentils. They are not all the same. Canned, sprouted, dried, soaked are not the same in the way they are digested and the way they can effect your digestion.

Most beans and lentils in the restaurants are undercooked or cooked improperly. That said there are some common effects of beans and legumes that are worth considering.

Saponins: Beans are the ‘musical fruit’ because they contain saponins to protect themselves against insects. Saponins form the sudsy foam on the surface of a cooking pot of beans. They prevent protein digestion resulting in stagnation and gas of the bowels.

Phytic Acid: Phytate, which is an organic compound often present in unprocessed legume seeds, oats, and other cereals, exert potent binding effects on minerals, and has been shown to significantly reduce the availability of magnesium, zinc, and calcium for absorption in humans (hurrell. Et all, 2003) Basically, legumes have chemicals that can hinder vitamin and mineral absorption. This is true only if they are cooked improperly.

Impossible to digest fibers: Besides the phytic acid contained in legumes, the harder beans such as kidney and navy beans contain oligosaccharides. This complex sugar is impossible to digest without some help because humans do not produce the enzyme alpha-galactosidase needed to properly break it down.
A great article from the Weston A Price Foundation says…”When consumed, these oligosaccharides reach the lower intestine largely intact, and in the presence of anaerobic bacteria ferment and produce carbon dioxide and methane gases, as well as a good deal of discomfort, not to mention embarrassment in polite society.” Most people don’t know how to cook with grains and legumes to neutralize their gas-producing gut irritating qualities as a result legumes can end up being too irritating for the gut.

Starchy: Considering that most people in the Western world are pre-diabetic, starchy foods can produce too much of a blood sugar spike. This is not to say that someone with pre-diabetis or diabetes can’t have any legumes but they shouldn’t be a daily staple. When I spoke to Dr Frank Lipman, a functional medicine doctor and a multiple times best-selling author, about legumes, he recommended to limit legumes to 1/2 cup a day.

Now let’s look at some pro’s for keeping legumes in your diet on an occasional basis. 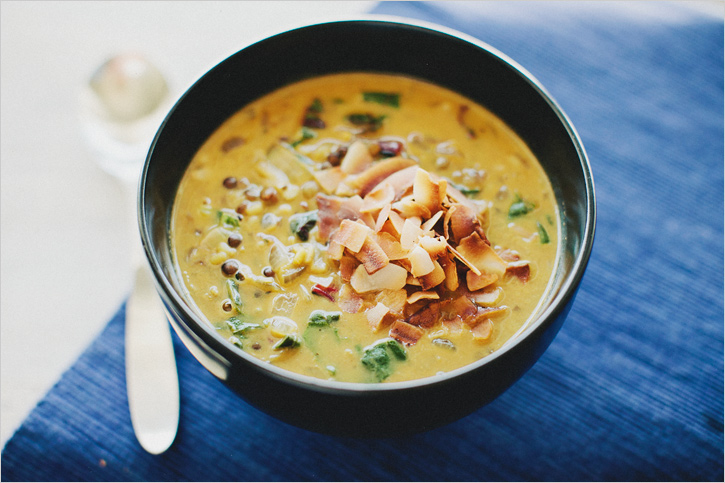 Plant-based protein – If you remember the energy aspects of food, a diet that consists mostly of animal protein is very rajastic or tamasic (depending on the source and its preparation) in its effect. It can show up as sluggishness, aggressiveness towards others and self. So having plant based sources of protein such as legumes is great for variety and reducing the density of your diet. However, keep in mind that legumes have way more carbs than protein and the protein that they do have in incomplete. To make legume a complete protein they can be served with greens, seeds (such as hemp seeds), or grains (such as quinoa).

Legumes have cleansing and detoxifying fiber. Fiber is known to have an effect on macronutrient transport and metabolism (slow down glucose metabolism for example). Their ability to bind to heavy metals and organic carcinogens might be a valuable protective mechanism against toxicity.

Cheap and easy to find organic – while wild seafood and grass-fed meat can be quite an expense, organic legumes are very affordable.

Traditional cultures ate beans for thousands of years and used slow-food type methods for making them more digestible. From fermenting to soaking to sprouting, we can learn a lot from them.

Keep in mind that smaller lentils in general are easier to digest than larger beans. Each type of lentils and beans has their own properties. For example, red lentils are more Vata provoking than mung beans, harder to digest, and more drying. Traditional dals (lentil soups) are heavily spiced and very thin. Thick lentil soups are generally too heavy for the Western digestive systems unaccustomed to legumes as a source of proteins.

The most important aspect to preparing beans properly is to start the process a couple of days before you actually want to cook them. I use the following principles in preparing beans: 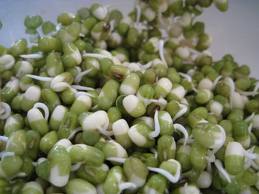 You can try these recipes as a start:

Lentil dessert turned balanced dinner. One of my favorites:)

There are some wonderful extended articles written about pros and cons of keeping legumes in your diet. Instead of repeating the same info I just want to show you where to find it:)

Your Turn: what has been your experience with legumes? Do you eat them now and why?

What You Need to Know About Protein

Ayurvedic View on How to Exercise in the Summer
Grab your Free Happy Belly jumpstart kit!
2 Video Classes and Ebook: Ayurveda tips to eliminate bloating, get regular & feel light