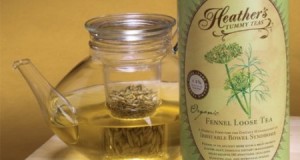 My Favorite Teas for Bloating, IBS, and Regularity

I love talking to people on Spinach and Yoga facebook page. Recently one of Spinach and Yoga followers asked me about my favorite teas to soothe stomach. I replied almost right away but kept thinking about the topic for the next several days.

A Drink That You Can't Afford To Miss

For the past several months every Tue after my anatomy class I stopped by the Juice Generation on 72nd st and Columbus to get a couple of tiny bottle of aloe vera juice. It was love at first taste, my body was literally drawn to it. Juice Generation aloe vera is really good but very pricey and last literally 1 sip. Even though theoretically even a little bit of aloe vera is really good for due to it cleansing and rejuvenating properties, I never felt the effect that I read so much about. At least not until my recent trip to Albuquerque, NM. Dr Vasant Lad the founder and the main lecturer of the Ayurvedic Institute was giving lecture on 15 most powerful ayurvedic herbs and I couldn’t miss that. While there I got to browse Institute’s ayurvedic treasury-shop. (Take a pic of what I got). Among the found treasures was a big bottle of Aloe Vera juice. It was cheap ($4.80) and had 8 2 oz servings in the bottle. It is produced by Lily of the Desert, a company specializing in organic Aloe Vera based products. As soon as I left the register, I generously poured aloe vera juice into my water bottle… And tasted my new favorite drink. It is slightly sour (like lemon water), very refreshing and crisp, and it is extremely good for you. The Egyptians referred to aloe as the “plant of immortality” and included it among the funerary gifts buried with the pharaohs. It is traditionally used to heal wounds, relieve itching and swelling, and is known for its anti-inflammatory and antibacterial properties. According to ayurveda, when taken internally, aloe vera juice aids the digestion and absorption of nutrients, helps control blood sugar, increases energy production, promotes cardiovascular health, improves liver function, and boosts the immune system.